Truly smart outdoor design comes together when the components you don’t see are as innovative as the beauty you do. Trex Elevations® steel deck framing is one of those hidden jewels. 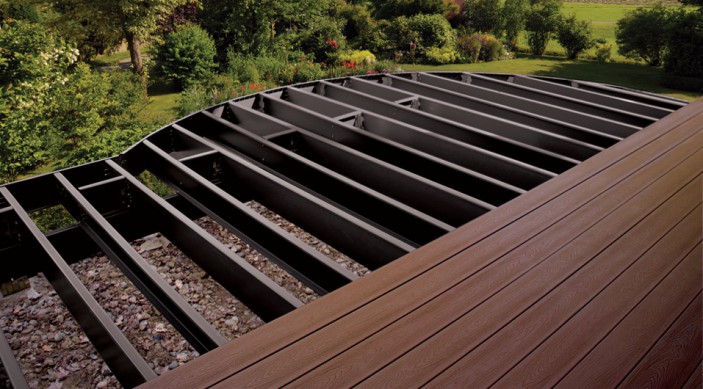 Trex decking is applied over the Elevations steel deck framing.

The outstanding strength of Elevations is made possible by a complete system of integrated steel joists, beams and tracks. Made from triple-coated steel, Elevations provides dimensional uniformity, durability and reliability that traditional pressure-treated wood framing can’t. Elevations is rot- and termite-resistant, non-combustible with the highest fire rating and is the first and only exterior steel deck framing system supported by a code report.

Steve and Brucie Schneider, TrexPro® deck builders in San Rafael, Calif., are the most prolific users of Elevations in the west. Since they began advising clients to choose steel deck framing as a replacement for pressure-treated wood two years ago, they have built dozens of decks using Elevations framing. The innovative and creative options Elevations offers makes the product their go-to choice.

Elevations “allows you to create designs that are time-consuming if you tried it with wood,” says Steve Schneider. Chief among them, curves. 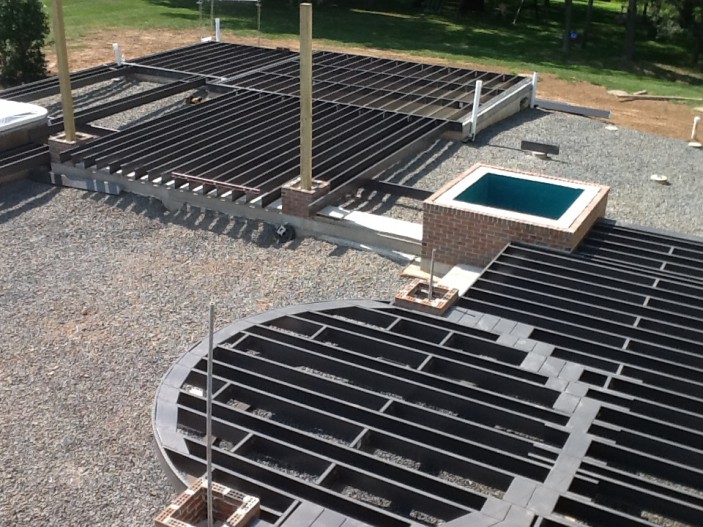 “We do lots of low-level decks, close to the ground. We do long curves that meander with the landscape. You can’t get those shapes with wood." Elevations, he says, “opens up the design possibilities.”

Schneider also likes that he can easily use the steel material in ways that aren’t deck-related, such as in the construction of low-level retaining walls, flower boxes and landscape walls. The steel framing system reduces excavation time and allows builders to create longer cantilevers – saving time, material and labor costs. Because of its lightweight nature, the material is less physically taxing on the carpenters and is especially beneficial when used for high-reaching structures. 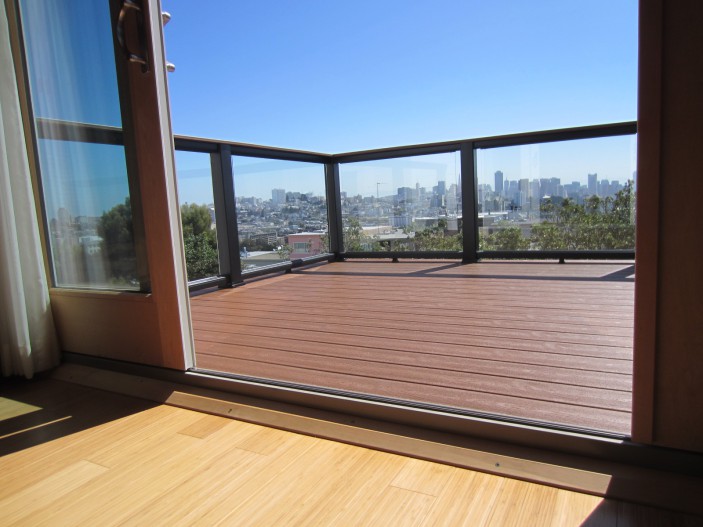 Benefits to the homeowner extend beyond the ease of installation. Homeowners who opt for Elevations gain a truly flat deck surface that stays straight and flat, unlike wood substructures which can warp and twist over time. “You feel like you’re standing on something substantial,” Steve Schneider says. The expansion and contraction of wood substructures eventually cause nail and screw popping, but Elevations doesn’t absorb water, eliminating this common complaint. “You don’t have that wet-dry combination that, sooner or later, deteriorates decks,” he adds.

Elevations is roughly 2 ½ times the cost of pressure-treated wood framing but Schneider says his clients understand the value it adds in lower repair costs over the life of the deck. Elevations comes with a 25-year residential and 10-year commercial warranty. 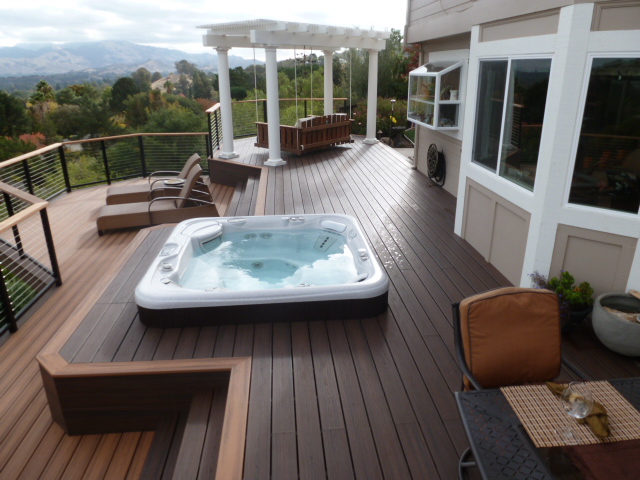 This Trex deck built by Steve Schneider Construction is supported by Elevations framing.

Watching the first decks he built decades ago now “fall to the ground” with age, Schneider is all the more convinced that Elevations is the future of deck building. These Trex decks “will outlive us all," he says. "Knowing it’s a better product, and having customers say they are glad they went with it, that’s the reward.”

To learn more about Elevations, view our inspiration gallery and our installation videos.

(Catch all the action from Trex – subscribe to our blog.)